Blockchain: why does it matter to the restaurant industry? 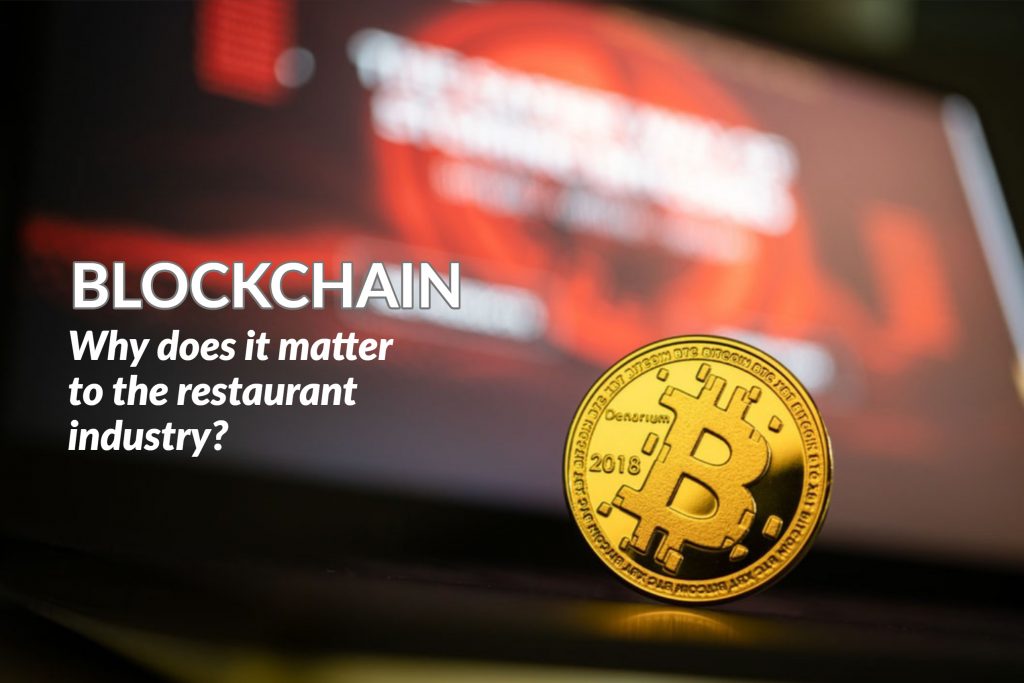 If you have been following financial and IT news in the past few years, then you may have heard the terms blockchain, cryptocurrency, bitcoin mentioned quite often. While still a developing industry, it is important to know the significance of these terms and how their growth might impact your restaurant business in the following years.

In a presentation called “What in the World is Blockchain and Why Does It Matter to My Restaurant,” at the Restaurant Franchising & Innovation Summit, Ray Wiley, CEO and co-founder of Hot Head Burritos and Rapid Fired Pizza presented a clear distinction between blockchain, cryptocurrency, bitcoin.

According to Block Geeks, “A blockchain is, in the simplest of terms, a time-stamped series of immutable record of data that is managed by cluster of computers not owned by any single entity. Each of these blocks of data (i.e. block) are secured and bound to each other using cryptographic principles (i.e. chain).” [1]

In simpler terms, according to Wiley, blockchain is similar to a simple checkbook ledger, except that, instead of relying on a person, the technology relies on a network of computers to verify transactions and record them. One of the main advantages is that blockchain transactions cannot be tempered with as all the computers in the network share the blockchain.

“The beauty of blockchain is you get non-disputable transactions,” Wiley said. Unlike traditional currencies, blockchain allows all the users in the network to control the data, as opposed to one centralized bank.

How can blockchain be used in the restaurant industry

Despite the potential benefits, Wiley says that blockchain technology is still a developing concept. In fact, many industries are still uncertain about its proper use and the regulations surrounding it.

According to Wiley, the main takeaway is that every restaurant should “keep an eye” on blockchain and cryptocurrencies. These technologies have the potential to change the way business is done by streamlining processes and reducing fees. “Cryptocurrency is not something we should ignore,” Wiley said.